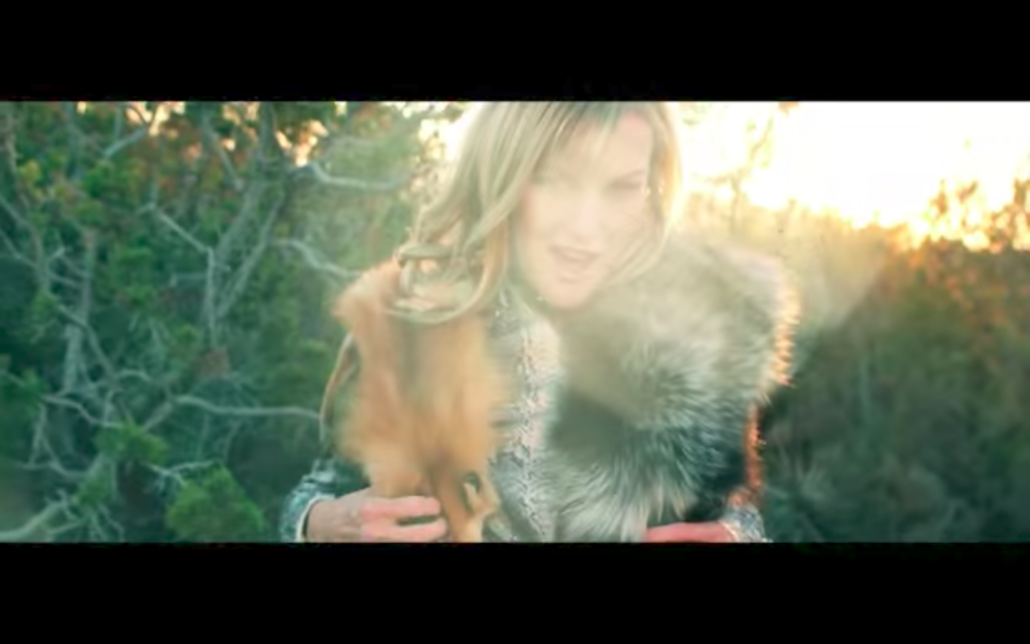 When worlds collide…. Glamour. It is what the entertainment industry sells us. A glimpse of a life that we don’t have. Fantasy is what all good entertainment is about. However, music is about honesty, a connection with the listener. Pop music is a strange place where fantasy and honesty live side by side giving us a connection to who we are and a dream of who we might be, if even for a moment. Jennifer Knight is a woman of those two worlds. A Wisconsin raised fashion model at home on the  runways of the world and a songwriter with a passion to show hope.  A classically trained vocalist who studied at the University of Wisconsin-Madison School of Music, she shows impressive range and expression on her ambitious double release Eleven/111. In fact the release may be too ambitious in a world where the single reigns supreme and an album gets lost in the noise of today’s deluge of content. However the release of the video for the first single, Twinkle and Shine co-written with veteran songwriter Kent Walker,  shows Jennifer successfully bridging the gap between the two worlds she inhabits. The upbeat track that musically would be at home on a mainstream dance floor, percolates under a hook laden vocal. The technique of her singing and impeccable 4 octave range at times reminds me of Mariah Carey, whom I would not be surprised to find out is a major influence. Visually the video is stunning, telling the story in a way that is compelling and a bit like a comic book. The clothing is out of this world as can be expected from an artist with a sponsorship from FROMM, the company known for it’s exquisite fur garments worn by Hollywood elite. A superb first outing for what maybe the only market of significance today. If the rest of the singles can be used to present her talent to the world this well, Jennifer Knight has a chance to  Twinkle and Shine for quite some time. Artist Website:

I have loved music since I was a very small child. Got my first drum kit at 6, followed by a trombone at 10, and guitar at 13. I taught myself piano and music recording in the mid 90's. And following - what had then been a long standing dream - attended The Musician's Institute's guitar program at 30 years old. I have been a professional guitarist and DJ, but these days I am rediscovering the simple joy of just listening. Without music I wouldn't be the person I am today. I wouldn't have had most of the experiences I have had in life and I wouldn't know most of the people I consider close friends. I truly can't imagine what my life would be like without it.