The Masters of our generation are dying off and few remain to replace them! 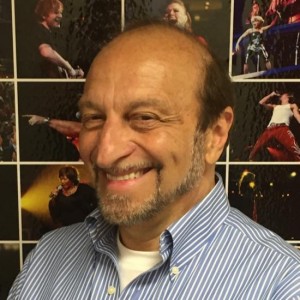 It is a sad time indeed for many of us as we reminisce and experience the passing of our youth and the double whammy of seeing the heroes we loved be taken from us in the blink of an eye. Times change and how we deal with them must also, as it is all a part of life, but the difference now, revolves around our feelings as we find ourselves dealing with a world where our poets, prophets and perceived friends, who told us of a future we once saw through their eyes, have begun their trips home passing on, one by one.

It has been a tough year and the loses, which began mounting near the end of last year has increased and in fact reached a saddening crescendo when Natalie Cole passed and then in quick succession both David Bowie and Glenn Frey died within a week of each other. I mean how can we as music lovers expect to recover from a one two punch that saw three of the most influential forces in our lives and the lives of so many just disappear. The comment that you don’t know what you have till it’s gone is more then appropriate here as they formed the fabric of society as we know it today. They were not just great men and women, they were one of kind gems that are never to be replaced and possibly not even to be duplicated! This is not just a loss of people but a loss of the talent they possessed in a business that just does not seem to have the regenerative ability it once had to create, better or nurture artists such as these.

We in music were better before and that is just a fact. We made the time to provide inspiration and a gentle and yet firm hand in their lives to encourage and protect them as they developed. Originally, A&R stood for Artist and Repertoire and the people given that title they did just what they were supposed to, cultivating music and delivering a cohesive and coherent final product, not the way it’s done today as cattle herders who are more interesting in getting “Something” out rather then something remarkable out!
The groups of the past that succeeded in both a creative and monumental influential manner all had strong managers and supportive people in their lives to help them reach the next stage of development while fighting the daily battles on their behalves so that could be Artists whose only job was to create and dream of what’s next and how do I get there!

Those days are over and the great managers and business people who were involved with artists and could develop them are a thing of the past. Sure there are always exceptions such as Taylor Swift has in Scott Borchetta of Big Machine, but there are not enough to sustain the template of great that was a fairly often-commonplace occurrence and is now the exception to the rule. Yes, there are some great writers and performers out there but they are nowhere near the talent levels of those that have sadly and tragically left us and will forever be missed by those of us who loved bigger then life personalities and contributors to the essence of great and timeless music.

You will never see another David Bowie again as he was magical, special theatrical, whimsical and serious all rolled into one complex individual and yet it worked as it was done in manner where each was acceptable and never contradictory to his persona or what he meant us through his music. He did not make recordings to be commercially accepted, he made them to be himself and who he was meant to be!

He is just one of the many great artists and creators who we were exposed to and learned from. They were speaking to us individually and our generation in their music as they related to us and we to them which is where the magic happened. But this is where I feel worrisome and a need to educate and enlighten an entire generation to what came before them, not in a belittling or pontificating manner pertaining to what they now listen to or enjoy, but with a tone of sincere and gracious teaching so they can become accustomed to the best that we had and discover a way how it may fit into a world they will inherit.

There is not a next generation Led Zepplin in the pipeline of today’s artistic creators, nor a Freddy Mercury, Luther Vandross or Michael Jackson. They all had the magic but they also had the heart and soul of our business guiding them in the form of world class managers, producers, sound engineers and studios that allowed and encouraged best string and horn players to congregate and add their little bit of luck to that stew called awesome classic status.

It’s quite a thing to look at the landscape of music, sound and production and not really see a consistent level of articulate and qualified finished products coming out. Product that can speak to the current generation and also capture the attention of the one that they are accepting the torch from. I cannot be totally honest and tell you that the way things are today, there will ever be another King Crimson, Genesis, Ricky Lee Jones, Herbie Hancock, Diana Krall, Michael Brecker or other iconic figure that will come along. Consistency is missing and essential to create the atmosphere for the sound enthusiasts to run out and purchase music for the experience as much as the song.

The fact is that most of the music today, but for a few examples of true artists such as Bruno Mars, Ed Sheeran, Celine Dion, Matchbox Twenty, Faith Hill, Stone Temple Pilots and Enrique Inglesias, will not really stand a chance to withstand the test of time and in fact is not all worthy of listening to over and over from one decade to the next for the sonic and lyrical high we are used to experiencing. Some songs and artists are wonderful and will remain but I cannot see the majority of them having a long and productive shelf live after their runs are done.

The issue for me, if we’re going to truly honor and respect sound and the mastery of the craft called music creation, then it is important that we take a step backwards to find the gems that have come down to us from previous generations and infuse those principles into the music going forward.

All this means is that to truly appreciate the wonderful advances that have been made in the world of Audio reproduction, for us to truly savor the music, we’re forced to take steps back in time and space to purchase the music that made the industry what it is today.

The music that used the most expensive studios, best musicians, writers who could make you feel their words on a soloed instrument and artists who made originality as important as capturing sound and sensitivity.I have much hope for tomorrow but realize that if it is to be a brighter day it requires we who know to interact with those who are just learning to understand.

As always, make sure you love the music and respect artists who create it!

2010 to Present: President of John Luongo Management, LLC., a Full Multimedia Content Provider with divisions in Administration, Licensing. 1986 to 2000: Founded “The Office, Inc.” which works with all major labels to explore new technologies that enhance the future of the entertainment business and develop new artists. 1983 to 1986: Became one of the youngest Presidents of a CBS Associated Label with his term at the helm of Pavillion Records. 1980 to 1983: Began mixing records that were met with tremendous success. 1978 to 1980: I was tapped to head the largest Dance Promotion company in the United States, MK Dance (owned by Mark Kreiner and Tom Cossie of Chic fame) 1975 to 1978: Started the Boston Record Pool which was one of the first three record pools to begin the Record Pool phenomenon we know today. 1973 to 1975: Upon graduation from Northeastern University, obtained a BS in Civil Engineering and worked for AJ Lane Construction and became the head engineer on a project to build an 8 Story 175 Unit pre-cast.