The Audeze LCD-4 Update: The Best Just Got Better! 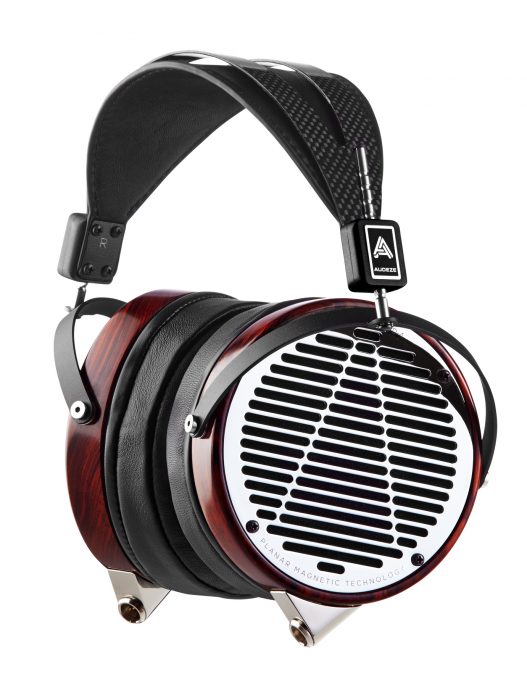 This past November I was lucky enough to review Audeze’s new flagship headphones: the LCD-4 (headphone.guru/the-new-big-kid-on-the-block-the-awesome-audeze-lcd-4/). And here we are just as the summer of 2016 starts to take hold and I have a newer version to compare. Due to some driver failures of the original headphones, the folks at Audeze went back to look at the driver design and implementation and came back with several new changes that not only eliminated the failures seen on their initial version, but somehow managed to up the ante on the sound quality and performance too! For the purposes of this review, I will touch upon the differences in the construction of the newer LCD-4 version and the sonic upgrades that followed. I will be using the exact same setup and music previously used to best compare the differences and the changes made by Audeze.

Right off the bat, the new LCD-4 version has an even lighter diaphragm. It is roughly 50% lighter than the original; which in turn was the lightest one used by Audeze in any their headphones. With this reduced weight, the tactility and quickness of the new LCD-4 is the fastest yet I’ve heard! The second change to the driver was that they now include an acoustically resistive gasket between the ear-pad and transducer surface. This was implemented to prevent the extreme stresses that can be put on the diaphragm; in turn any “suction effect” is now a thing of the past. I am also happy to report that the low frequency response has not changed because of the addition of this gasket. Keeping an eye on the LCD-4 thread on Head-Fi, both of these changes have all but eliminated the issues of the initial version.

The differences in specifications can be seen in the table below:

As you can see, the two significant changes are the impedance of the new LCD-4 headphones (now 200 ohms) and the corresponding efficiency (a drop of 3 dB / 1 mW). As mentioned earlier, I used the exact same setup as my initial LCD-4 review in order to only compare the headphones themselves and not the changes in music, amplification, source material, etc. To save you from having to skim through my previous article, that setup was: LCD-4 (using the Q Audio Silk balanced 4 pin XLR aftermarket cable) powered by my HeadAmp GS-X Mk2 and my source was the most excellent Chord Electronics Hugo TT (run in balanced mode to feed my amplifier). Now on to the sonic differences and improvements…

So my first test track was my DSD version of “Distortion of Love” by Patricia Barber. This was the first album I threw at the original LCD-4s several months ago and I wanted to keep the variables at play very limited so that I could really focus in on the headphones only. Right off the bat, the Audeze magic was thankfully still there in copious amounts. That almost immediately brought a big smile to my face. But what next jumped at me left me really surprised. As great as the initial 100 ohm version of the LCD-4s were with regards to detail retrieval, the newer 200 ohm version really took things to a whole new plane. The inner most workings of Distortion of Love were simply laid bare and only my Stax SR-009 electro-static headphones have performed at this level. Everything from the subtle breaths taken by Patricia in between verses, to the smallest details of shimmer on the cymbals was now all front and center. That’s not to say that the original LCD-4s were muffled; as my initial review actually listed detail retrieval as a strong point, but amazingly enough the designers at Audeze were able to improve upon this already impressive performance further. Bass response is classic Audeze…forceful and powerful, but all yet still detailed, taught and very well controlled. The mid-range was equally impressive as Patricia’s vocals and piano work was portrayed as if I was right there with her. Simply put these headphones offered some of the very best vocal performances I’ve ever heard from a pair of headphones and very much came in line with the already very excellent initial LCD-4 version. The one area of some more significant differences comes with the upper registers. I find the newer 200 ohm LCD-4 a bit more laid back with this recording here, but with added detail and definition in the same region. This was initially difficult to get my head around what I was hearing as these seem to be two features that don’t typically go hand in hand. The new version of the LCD-4 is more akin to the more liquid sounding LCD-3 whereas the initial version offered a bit more presence in this area (though with less detail extraction). Both versions of the LCD-4s had me floored, but after a few months with the newer 200 ohm version, I don’t think I could go back to the original version as the improved imaging and detail retrieval has most likely spoiled me.

Next up was Tool’s “Lateralus”.  I love this record for its raw energy and as I mentioned on my previous LCD-4 review, it’s epic bass. This is one test track that I have consistently used through the years to put specific test gear through their paces and here again, the new LCD-4’s hit all the right notes. As I mentioned, the raw energy of this album was perfectly captured by these headphones and as impressive as the initial LCD-4s were with detail extraction, it was again on a whole new level with the newer version. As the performance of both versions of the LCD-4 were with this recording and the lowest octaves, it is really hard to call a winner, but rest assured this is truly world class bass and likely the best I’ve heard from any headphone I’ve used or owned in the past.

Finally I selected a truly classic album by a truly classic band. “Tom Sawyer” is to Rush as “Sargent Pepper” is to the Beatles and both recordings rank in my all-time favourites. As I mentioned in my previous review, Neal Peart’s drum track is truly epic on this album and along with the initial LCD-4s, the newer 200 ohm versions truly soared! But as impressive as their predecessors where, the newer LCD-4s offered even quicker attack, decay and portrayed a level of preciseness that I thought was only possible with top flight electro-static headphones. Orthodynamics when properly designed can reach just as high! The LCD-4s kept up with Neil and his fast paced drumming and never left me feeling that the lagged behind.  Geddy’s vocals were simply awe inspiring. I’ve been lucky to see Rush many times through the years (kind of a requirement when you live in their home town) and the overall portrayal was as if I was at the Rogers Centre a few years back or the old Maple Leaf Gardens in the 1980s.

The price point still comes in at $3995 and certainly doesn’t qualify these headphones as an impulse buy. But these headphones were designed to be at the pinnacle of personal audio and in this hobby if you want the best, it will cost you. But unlike a $25 000+ speaker setup, you can enjoy truly world class sound without completely breaking the bank. I was happy to see that the reliability issues of the initial release has been effectively put to bed with the changes to the drivers and ear-pads, but I was even more impressed on the sonic improvements that the designers at Audeze were able to also include with this newer version. To steal from my previous review, “the new version of the LCD-4s are a tour de force that offered some of the most enjoyment I’ve ever had” from personal audio. Colour me impressed!