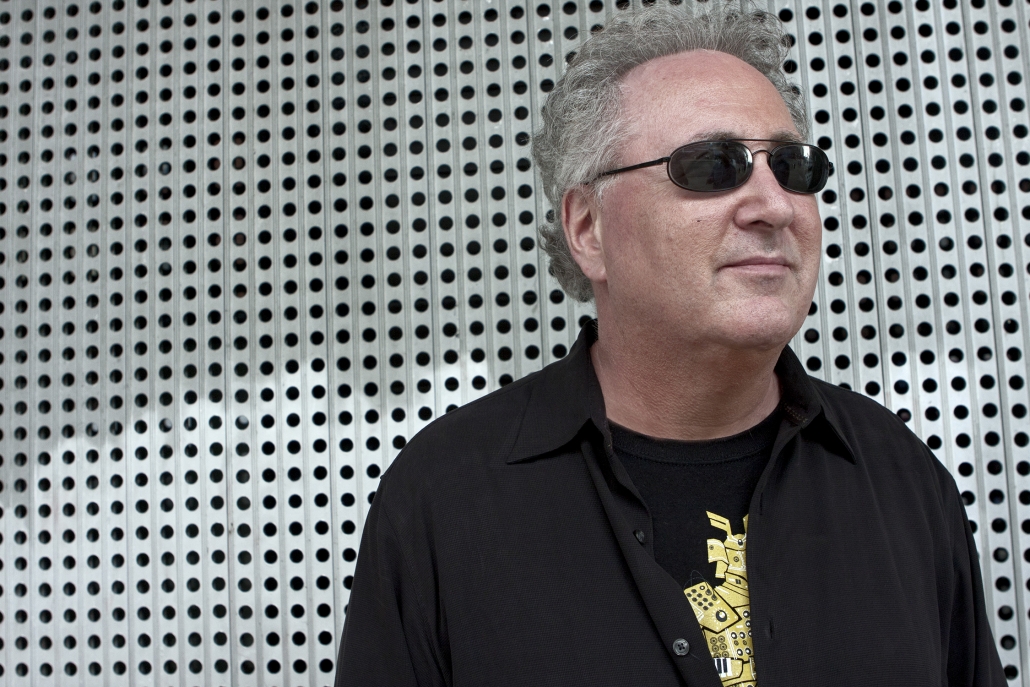 Hey Everybody. Welcome to my first music column for Headphone.Guru. I’ve always wanted to have a place where I can tell you about my point of view and what I see going on in the world of music. I will be writing about what’s going on in the music scene, do Interviews with some very cool artists, producers and composers and will also talk about some of the cool equipment I’ve been using and how I’ve been using it.

You can ask yourself  “Why should i listen to you or care about anything you have to say?” I would tell you that I have been in the world of music for over 40 years and have seen so much happen. I got my first synthesizer in 1974, right when I got out of college. It was an ARP Odyssey. I used ARP first because my main keyboard hero Joe Zawinul was using ARP. It also helped that I met him around that time and we became friends for decades. I went from there to my Fender Rhodes Suitcase 73 and my system built till I had my studio rig of 17 orange road cases and racks that I would take to every session with me from Coast to coast and beyond.

I had a 4 track tape recorder and learned how to build tracks in 1978. I then graduated to a Tascam 80-8 where I really started to learn about recording in my home. I saw studios go from 8 tracks to 16 and then to 24 tracks using 2 inch tape. I saw records being mastered on vinyl from the best mastering engineers and then saw everything change with Midi, digital synthesizers, digital recording, ADATS, and now HD recording where you put 200 albums fully recorded on a 1 Terabyte HD. Yes, everything has changed and it is still changing.

I have seen the best of the best play. Hendrix, Miles, Janis Joplin, Weather Report, Jaco — all kinds of music. I spent my formative years in the NY Borscht Belt hotels every summer and holidays.

I was fortunate — the opportunities were there. They were special times. I’ve tried to pass that along to people

I used to buy 45’s at the record store, Then Albums, of which I still have hundreds. I also used to listen to the NY radio stations and tape songs off the radio on my fathers Grundig Reel to Reel. I’ve absorbed and lived my life for music. So now you know what you will get with the column. Someone who has seen a lot but is still searching to find the perfect chord.

Breaking into this business was very hard but there were great opportunities available, and yes, luck and timing is right up there, but if you have got that you needed to know what you were doing. I worked on albums who’s budgets were 1 million dollars. Crazy! There was money in the business and many of us were given the opportunity to make a good living to support ourselves and our families. I will be talking with many artists about what is next and get their opinions to pass along to you.

So how does that make me any kind of voice or why should you take the time to read this column every month? I would tell you to go to my website and see my history. I’ve been fortunate enough to have worked with so many greats who taught me so much. I spent time listening to everybody. I got to hang out and be friends with Miles Davis, Luther Vandross, Marcus Miller, Tommy Lipuma and many others. I learned to keep my mouth shut and absorb. That is what helped me make it through all these years and create my own voice and concept.

Here we are about to go in to 2016. The recent AES show in NYC was the smallest show ever. What do you really need to make quality music in the future? What skills do you need? How does one know if you are making the right career moves? I’ve been through all this an more. I really want to spread knowledge and make sure that there is a real future for real music.

So get ready because every month I’m going to make you think and try new things because this is lifetime gig. It is a privilege to be able to make living and play music. Next Month we’ll kick things off with some albums you should know about and a cool interview. I’ll probably be ruffling some feathers along the way — But I’m not afraid to do it!

Till then, keep the groove going.

[Editor’s Note: Jason Miles, as well has having worked with Miles Davis, has worked with, to quote his web site, “… a proverbial who’s who of contemporary music: Whitney Houston, Michael Jackson, Aretha Franklin, Chaka Khan, Michael Brecker, The Crusaders, Ruben Blades, Freddy Cole, George Benson, Joe Sample, Herb Alpert., Vanessa Williams, Grover Washington Jr, Lea Salonga.” We are honoured to have him as a columnist on Headphone.guru and have a chance to get his insights into the music industry.]