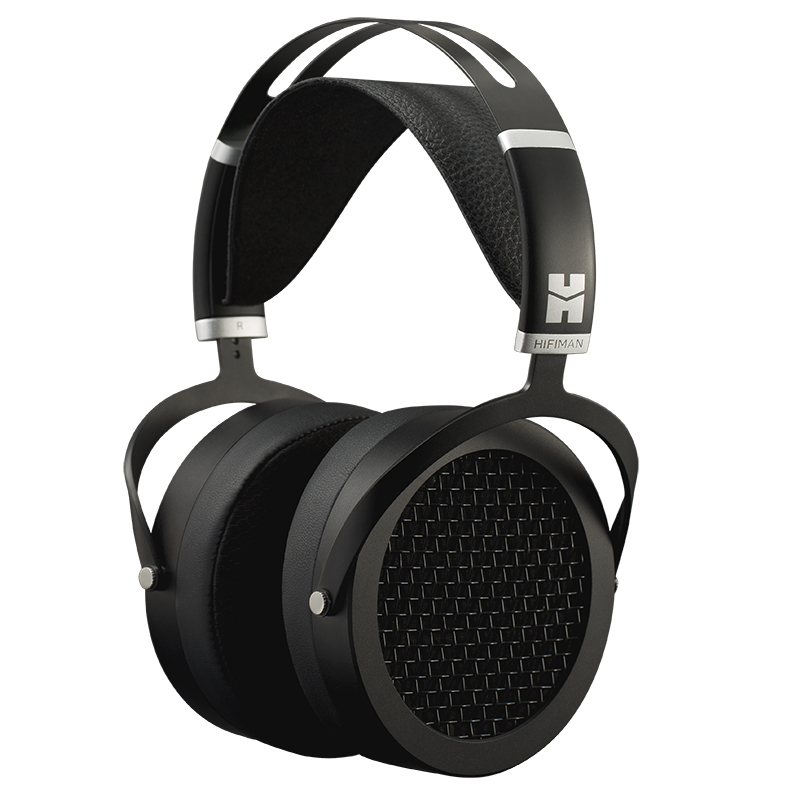 HIFIMAN should need no introduction at this point in 2018. They’ve been around since 2007 and under the leadership of Dr. Fang Bian, have become a powerful force in headphone audio. They’re a name right up there with the likes of Sennheiser if you ask me. They have reached all across the planet with their fantastic sounding headphones and DAPs. If you’re serious about headphone audio, you know the name HIFIMAN .

Each year, Dr. Bian spends time in his labs engineering drivers and headphone technologies to improve his products and produce something better each time. We got the HE-400i, HE-400S, and the HE-560 a few years ago as contenders in the sub $500 market and we loved them at Guru. It’s 2018, just a bit over a decade since HIFIMAN was founded, and this year, everything changes. Because this year, we have the Sundara.

The Sundara was released late 2017 and is one of the newest headphones from HIFIMAN . The name literally means “Beautiful” in Sanskrit. I have to agree, I think the Sundara is a lovely headphone aesthetically, but then again, I am a sucker for minimalism. It’s utterly simple and clean in its design language. The outer housing of the driver is a simple circular enclosure with cross threaded protective wires on the driver; that’s it, nothing more. It is a meeting of functionality, utility, and appearance. The unibody yokes this time are made of the same metal as the driver housing and feel thick and reliable.

Opening up the retail box for the Sundara, I was met with a carefully placed headphone wrapped around in light black satin with its cables tucked underneath. It’s a high class appearance and definitely helped to heighten my sense of glee and restlessness; I wanted to listen to them as soon as possible.

Included in the box was also a HIFIMAN Owner’s Guide for the Sundara specifically. Most people gloss over these as who needs instructions listening to a headphone? I strongly suggest you don’t as this guide contains a complete overview of HIFIMAN ’s methodology, a message from Dr. Fang Bian, a run down of the technology used on the Sundara, and recommended usage and care.

Here, we learn that the driver uses a proprietary patent-pending “Ultra-fine Diaphragm” technology that is “a sliver the width of a human hair”. They claim that this thin diaphragm can “produce tremendously low distortion levels yet offer a highly dynamic response” thanks to its low thickness and mass. Recall that a planar magnetic headphone produces sound with a conductive diaphragm layer sandwiched on both sides by magnets. An electrical field is induced on both sides of the magnets to vibrate the intermediate diaphragm through an oscillating pushing and pulling of the material. This generates a pressure differential we hear and interpret as sound. With this, I can definitely see how this innovative reduction in diaphragm mass can aid in quick and precise sonic reproduction. The website notes that these have a frequency response of 6Hz to 75kHz, very impressive even if you can’t hear half of that.

One of my favorite improvements on the Sundara besides its new unibody metal yokes is the detachable cable system. In the past, they had a proprietary mechanism with a screw on lock. These were hard to remove and looked fragile. This time, we have a standard 3.5mm plug on the driver housing terminating in 3.5mm as well with an included quarter inch adapter. The cable is 1.5m long and is comprised of crystalline copper to “ensure low resistance in the signal transmission”. It ends in a graceful L shape jack with a long solid strain relief. I found the cable to be superb in usage as it was light and flexible without introducing any added microphonics. It would rarely jumble itself up and had a wide range of motion to it while staying intact; fluid is the best way to describe it. You can easily upgrade the entire cable system on the Sundara if you wish thanks to its overhauled detachable mechanism.

Driving the Sundara is easy as it is just 37 Ohms with a sensitivity of 94dB. A smartphone is ‘ok’ and can drive it to loud enough volumes, but wasn’t ideal. An audiophile DAP or desktop set up is still the most optimal way of using them.

The sound signature of the Sundara can best be described as clear with a wide soundstage, solid bass response and extension while still fun enough to be non fatiguing. It’s not only a balanced signature on all frequency ranges but also dynamic enough to sound good with close to any genre. There’s also a nice peak in the upper mids which adds a sparkle onto most string instruments.

“The Voice in my Heart” from animated tv-show Violet Evergarden’s OST is an exceptional performance combining elements of transition, emotion, and history into one track. The string instruments at the beginning sounded clean with broad texture on each stroke. What befuddled me was the notable soundstage that was not only wide, but also with accurate imaging for when instruments started appearing in different zones of the song. You could hear as one portion of the orchestra started coming in from the left or right to aid the central string section. It was akin to a dance as they went back and forth with each other.

Mid-way through, the sounds of angelic entities intrude on the primary act. Impeccable is one word to describe the sweet and delicate sound required to reproduce it. With most headphones, the delicateness is not reproducible or will have latent elements of ghosting in the speed. This can be heard with a slightly lagging reverb accompanied by extra distortion and noise. The Sundaras were effortless and transparent without any added distortion.

Next up is one of my favorite tracks, “Hotel California” by The Eagles. The individual guitar playing at the beginning had immense detail and clarity. Each string sparkled and sounded pitch perfect. The vocals by Don Henley were direct and had marginal forwardness to them. The Sundara is neither recessed nor in your face but finds a good spot right in the middle. His voice was clear and had weight to it allowing for authority, however I felt it lacking on full bodiedness. Some portions of the lower end vocal range did not come through as I would have liked.

The extended guitar section by Don Felder and Joe Walsh was simply marvelous. It was bright yet not fatiguing and as clean as I have ever heard it. The auxiliary instruments all sounded like they surrounded the guitars and built upon each other. One thing I noticed was that the Sundara struggled to fully give the spotlight to the guitars and instead had many of the other instruments encroaching in with similar loudness and impact.

“Caroline” from Fleetwood Mac’s album Tango In the Night showed off how well the Sundaras handle when multiple elements combine. The song has a sub bass line that is frequently unproducible to a strong enough quality. The Sundaras smash this notion away from the moment the song starts. You can feel the impact and rumble of the sublime sub-bass as it accompanies the rest of the song in providing more body. This song is like CrossFit gym workouts in action with multiple sonic elements shooting out in every direction. They sound like twinkles of a star shining bright. What astounded me here was how well the Sundara handled the intense separation of the twinkle sounding instruments in the mid-range with the vocals. Each had their own personal space and detail without stepping on each other. The vocalist’s singing of the words “Caroline” had marvelous detail to them; they sounded real with the proper timbre.

The HIFIMAN Sundara, while not a flagship by any means, hits every flag in my book for an excellent sounding headphone and at an absurd value as well. It’s sonic reproduction is ludicrous for its price point and it simply works with every genre and type of music I have thrown at it. It’s neither an analytical set nor a fully transparent one but it hits the right note by being perfectly in between. It has the detail and enough transparency for me to sit down with my eyes closed and listen critically but also the mellowness to be a forgiving daily driver. I have sat with the Sundara’s on my head for hours watching common Youtube videos to Netflix movies without feeling fatigue or discomfort.

One of my pet peeves of high-end and top of the line (TOTL) gear is that they are often too transparent and detail oriented. It makes it so that the only time you are able to enjoy them is when you are listening critically with a glass of wine or liquor by your side. Many of these headphones also only sound good with masterfully produced tracks with good dynamic range and start falling apart with ‘common’ music. The Sundara is not one such can. It has the precision of a scalpel when you require it to decipher the nuances of music, and the adaptability of a multi-tool for use as a daily driver.

There has been no other headphone in this price range that has wowed me as much as the Sundaras have. At $499, the Sundara is my choice pick over every single headphone at this price in the world. It has ‘high-end’ sound at a mid-end price. It’s that good, no, not just good, but impeccable. HIFIMAN’s motto is “Innovating the Art of Listening”. Their new “Ultra-fine Diaphragm” technology is the real deal. It’s real innovation with actual end-user benefits. One phrase I would use to describe HIFIMAN would be “PLUS ULTRA” which is a Latin motto for having gone further and beyond. It was adopted by Spain following the discovery of the new world and characterizes Spain’s desire for “taking risks and striving for excellence”. I found it to be a fitting way to describe what HIFIMAN has done and achieved with the Sundara.

The Sennheiser HD 600 (and later HD650) changed the playing field of headphone audiophilia in 1997 for what you should expect for five hundred dollars. Exactly two decades later in 2017, HIFIMAN has done exactly that with the Sundara; a beautiful legend has been born.

Check out our review of the Hifiman Susvara here.